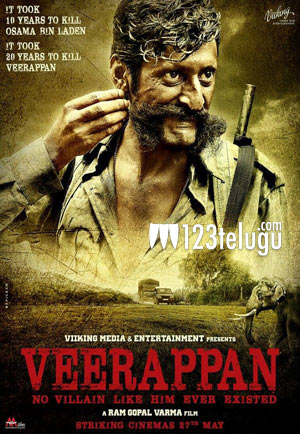 Ram Gopal Varma’s cinematic journey in 2016 began with Killing Veerappan, which released on January 1st. This biopic, based on the life of dreaded sandalwood smuggler Veerappan, starred Kannada Superstar Shivrajkumar and Sandeep Bharadwaj and had a decent run in Karnataka but was a disappointing venture in Telugu.

Now, RGV is reshooting several scenes of Killing Veerappan to release it in Bollywood. The Hindi version features Lisa Ray, who sizzled alongside Mahesh Babu in Takkari Donga, reprising Parul Yadav’s role from the original. The film’s shooting is going on in Mumbai and it will release on May 27th.