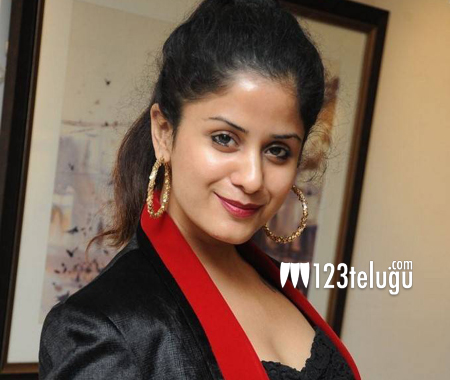 Actress Anukruthi, who was signed up as a heroine for Ram Gopal Varma’s shelved project ‘Sridevi’, is at the center of a major controversy right now. A Tollywood director has alleged that the actress is displaying unprofessional behaviour, resulting in huge losses.

Anurkuthi was to play the lead role in a new movie titled ‘Papa’, that is being directed by Yogi. After a few days of shoot, the actress reportedly walked out of the sets alleging that the scenes were obscene and objectionable. She is reportedly asking for the footage shot so far, in exchange for returning her remuneration.

Director Yogi maintains that the script and dialogues were shown to Anukruthi before hand and that the actress approved them. The matter is now being escalated by both parties and the director has decided to file a case with the Chamber as well as with police officials. More details are awaited.