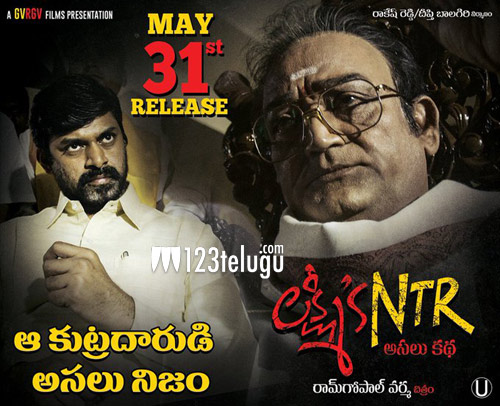 Ram Gopal Varma’s controversial political drama, Lakshmi’s NTR, had its theatrical release across Telangana and elsewhere a couple of months ago. However, the film’s release was stalled in Andhra Pradesh as it directly targeted the incumbent Chief Minister Nara Chandrababu Naidu.

Now that the YS Jagan-led YSRCP trounced CBN’s TDP in the Assembly elections, RGV is all set to release Lakshmi’s NTR in Andhra Pradesh. The film will be hitting theaters on May 31. RGV termed Lakshmi’s NTR’s release in AP as his ‘revenge’.

Not stopping with this, RGV will also be holding a press meet at the Pipe Road in Vijayawada, where he was denied permission and was taken into custody by the AP Police last month.