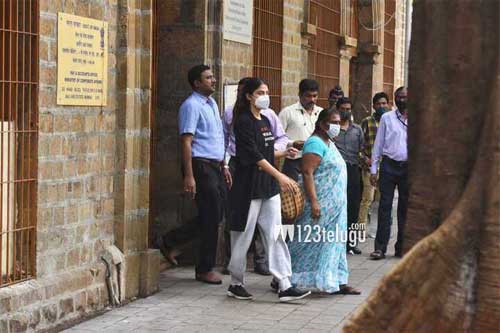 Bollywood actress Rhea Chakraborty is currently in the Byculla Jail after a sessions court in Mumbai denied her bail appeal in the sensational drug scandal. During the NCB interrogation, Rhea reportedly revealed the names of at least 25 prominent Bollywood actors and actresses, directors and other technicians who are into drug abuse.

But what’s shocked everyone is the latest report being aired by a popular English news channel. Apparently, Rhea also revealed a star Tollywood actress who abused and traded drugs. Well, if the report turns out to be true, the said actress will be in deep trouble. Stay tuned to 123telugu.com for all the updates regarding this case.