Rhea Chakraborty spotted househunting with brother in Mumbai
Published on Jan 4, 2021 1:00 am IST 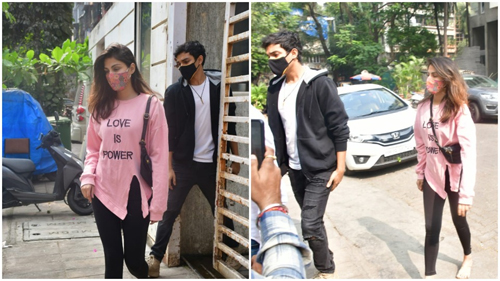 Bollywood actress Rhea Chakraborty has been going through a lot of ordeal ever since the tragic death of her boyfriend and Bollywood star Sushant Singh Rajput in June last year. Rhea was even arrested by the NCB in a drug case and had spent over a month in Byculla jail until she was released on bail in October.

This morning, Rhea was spotted by the paparazzi while she was on a hunt for a new home in Bandra along with her brother Showik Chakraborty. Until now, Rhea has been living in Santa Cruz (West) along with her parents Indrajit and Sandhya Chakraborty. But it looks like the Chakraborty family is in no mood to stay in the same locality that turned hostile to them in their hard times.