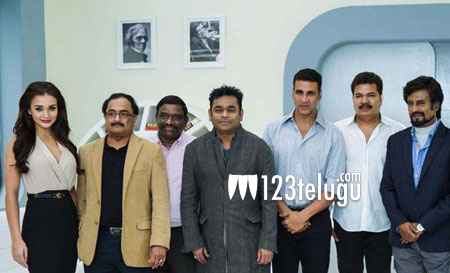 It is a known fact that the shooting of Robot 2.0 is currently on in Delhi. Reports from the capital reveal the entire unit worked continuously for several hours in the torrid heat of the city.

With temperatures raising up to 45 degrees in the capital, the principal star cast worked relentlessly and canned some important scenes in the busy streets of Delhi. With ten more days to go before the schedule to get wrapped up, the weather is going to get ever worse to create more problems for the unit.