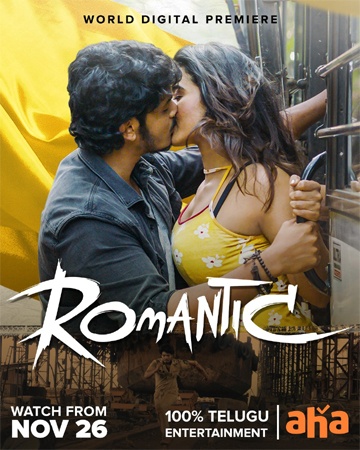 Romantic, an intense love drama starring Akash Puri and Ketika Sharma in the lead roles is gearing up for its OTT premieres.

Romantic will be premiering on Aha Video on the 26th of November. An official announcement on the same will be out shortly.

Romantic is directed by Anil Paduri and it is billed to be a hard-hitting love drama. The film is premiering on Aha Video just 4 weeks post its theatrical release.