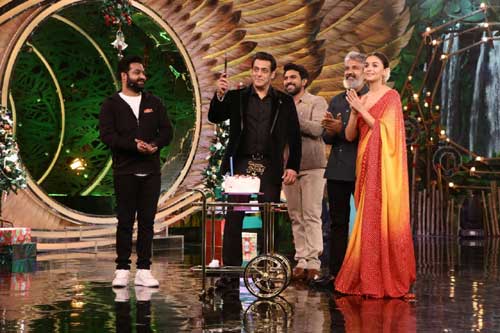 Salman Khan is a huge star and has loved the recent release of RRR. Not many know that he is very close to Ram Charan and NTR personally.

Salman watched the film and loved it completely. He personally called Ram Charan and NTR and wished them for their performances in the film.

The news is also that Salman Khan wants Bollywood to make big films like RRR. In an interview he says that Hindi filmmakers have stopped making such big films and the day they start doing it, the good old days will be back again in the industry.