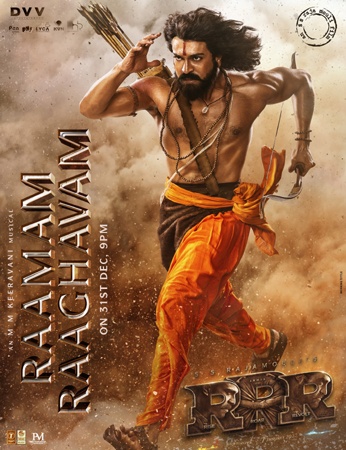 RRR, the most-anticipated Tollywood movie is coming to enthral audiences in theaters from January 7, 2022. Before that, the makers of the magnum opus are releasing special promos and songs.

As a part of that, the team RRR has announced that a new song about the rise of Ram, featuring Ram Charan, will be released today at 9 PM.