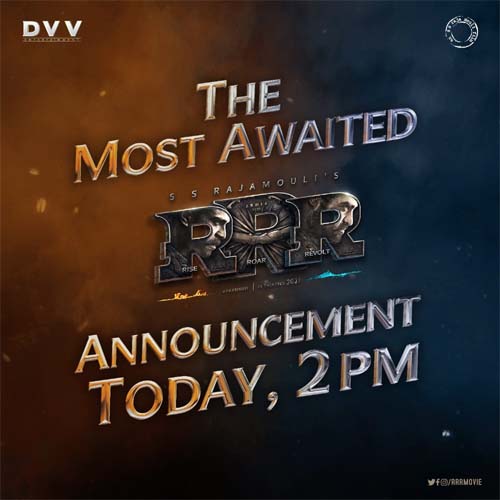 By now, everyone knows that the team of RRR will be releasing a special update regarding their film today. Meanwhile, a small update about the time has come out. At 2 PM the special news will be delivered.

There is a solid buzz for this film and many want to know what kind of an update would come from Rajamouli. Many are speculating about the release date of the film. Some say that it will be about the teaser date of the film as well.

So much was said about the film’s release date when an international actress accidentally posted the date. Looks like the makers want to confirm the same this time. But the date will be suspenseful and Rajamouli has surely made every one of us quite excited as of now.