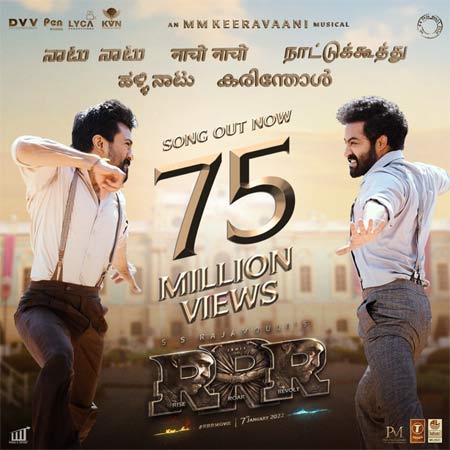 RRR is a film that needs no introduction. It is being awaited by one and all and will be out on the 7th of January in a big way.

The makers released the second song Naatu Naatu which is a mass number and it has gone viral in no time and made fans happy. It has also crossed the 75 million views in no time.

The dance steps of the heroes have become a rage and this has given the film a new hype altogether.