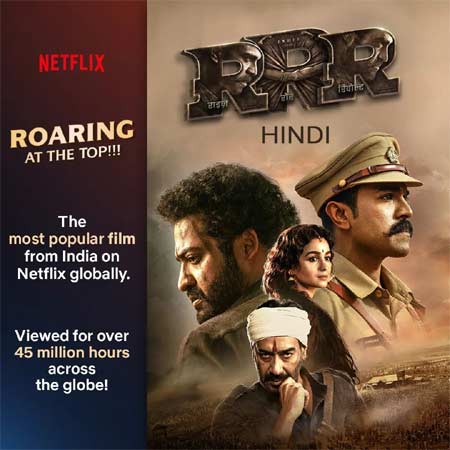 The rampage of SS Rajamouli’s RRR is still on. The magnum opus, starring Ram Charan and Jr NTR, has been receiving a massive response from the Western countries since its digital debut on Netflix.

The OTT giant has officially announced that the movie is streamed for more than 45 million hours to date, globally. With this, RRR became the most popular Indian movie ever released on Netflix .