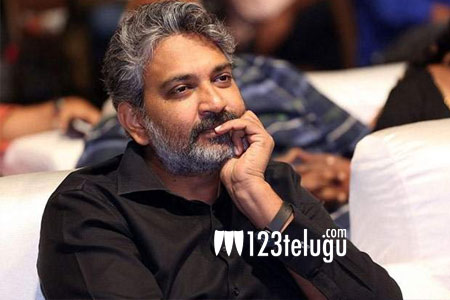 Rajamouli is one of the top directors in the country as of now and commands huge respect all over the film circles.

The master craftsman is directing RRR with Ram Charan and NTR as of now. The shoot is on in full swing in Hyderabad.

The star director celebrates his birthday tomorrow and the talk is that some special promotional material is going to come out tomorrow.

Though this news is not yet confirmed, it has caught on all over the film circles. Let’s hope that the makers release something special from RRR.