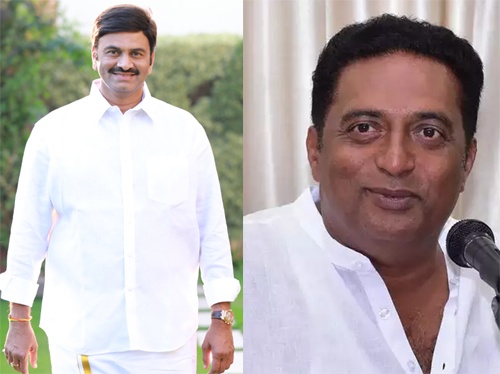 Noted politician and industrialist MP Raghurama Krishnam Raju made some striking comments in support of Prakash Raj following his defeat in MAA elections. “Prakash Raj speaks better Telugu than many Telugu actors. He should not bother about any comments made by those who can’t even speak Telugu properly,” said the Narsapuram MP.

“Why was Parkash Raj not eligible to contest when he has the right to vote?,” said RRR. Talking about Prakash Raj’s resignation, RRR said that Prakash Raj must withdraw his resignation and continue in MAA for the welfare of the association. Several political leaders have made several statements about the MAA elections, and RRR’s comments are grabbing everyone’s attention.