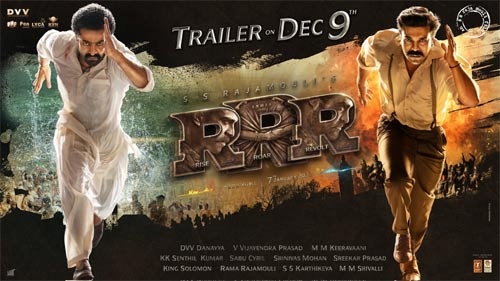 The stage is all set for the grand launch of the highly-anticipated theatrical trailer for NTR and Ram Charan’s pan-India action drama, RRR. The trailers for the film’s 4 South Indian versions will first be screened at several select cinemas across South India and will then be available for streaming on YouTube from 4 PM later today. Needless to say, expectations on this trailer are sky-high among fans

Last night, Team RRR took to social media and revealed that RRR’s trailer will have a duration of 3:07 minutes. Usually, most Indian movie trailers have a duration of less than 3 minutes. At 187 seconds, RRR’s trailer is definitely one of the longest in Indian Cinema in recent times. The trailer is said to have been loaded with Rajamouli’s trademark grandeur and some goosebumps inducing moments and will surely offer the audience a thrill ride into its world.