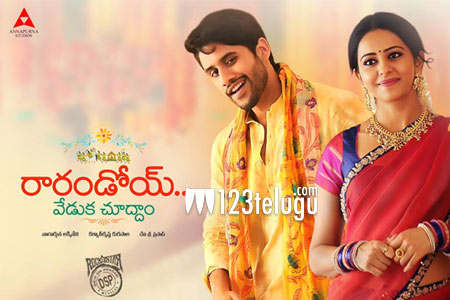 Rarandoi Veduka Chudham has had a splendid Monday and the film has collected nearly Rs.10.39 crore distributor share in both the Telugu speaking states.

The film has grossed $370,566 in overseas until Sunday, and with the Monday collections yet to be reported, the film is racing towards the half-a-million dollar club. By Monday, RRVC has collected an approximate Rs.12.75 crore worldwide share.

Below are RRVC’s​ 4 days AP/Nizam collections as per the film’s PR team: