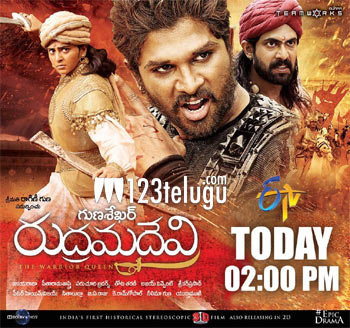 Now, two years after its release, Rudhramadevi is going to be premiered on television. The film will be aired on ETV today afternoon 2 pm. Rudhramadevi had Maestro Ilayaraja’s music and it released in Telugu and Tamil and ended up as a successful venture. Needless to say that this is a pleasant opportunity to relive the epic drama.