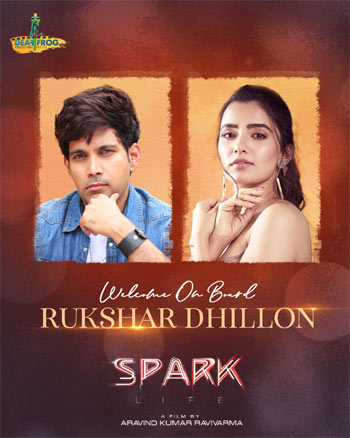 Spark, starring Vikrant and Mehreen Pirzada is one of the awaited films in Telugu. The film has made headlines due to its casting once again.

As per the update, none other than Ruksaar Dhillon has been roped in to play the second lead in this film. The young actress has also signed the dotted line.

Ruksaar was last seen in Vishwak Sen’s Ashoka Vanamlo Arjuna Kalyanam which was a decent hit. Being directed by debutant Arvind Kumar Varma, a former associate of cinematographer Ratnavelu, the film is an youthful drama.