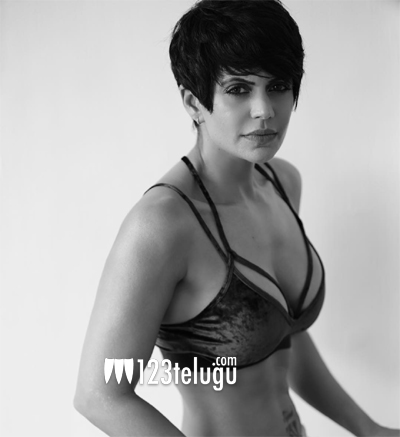 Saaho is one film which everyone is eagerly looking forward to. The film has many Bollywood stars and one among them is Mandira Bedi. She is playing a negative role in the film and is said to surprise with her performance.

But now, she is also in the news for other reasons as he has gone bold in her new photoshoot which has gone viral. Seen here in the above picture is Mandira revealing a bit too much.

Saaho is directed by Sujeeth and has Prabhas in the main lead.