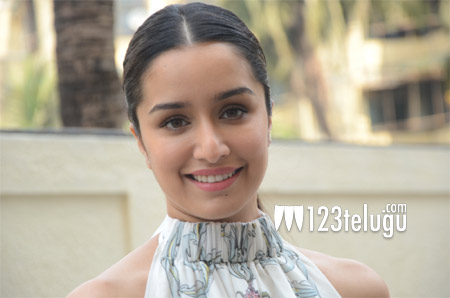 Bollywood actress Shraddha Kapoor is making her Tollywood debut with Prabhas’ highly-anticipated action adventurous thriller, Saaho. The svelte beauty has been shooting for this multilingual biggie since more than a year in Hyderabad and other cities.

Apparently, Shraddha has a ‘Baahubali dream’. Ever since she began shooting for Saaho at the Ramoji Film City, she has been planning to visit the ‘Mahishmati Kingdom’. However, she hasn’t fulfilled her dream yet due to her busy shooting schedules.

But, with only a few more days of shoot left for Saaho at the RFC, Shraddha has now decided to visit the giant sets of the Mahishmati Kingdom in the next schedule. Meanwhile, Saaho is slated to hit screens on August 15th.