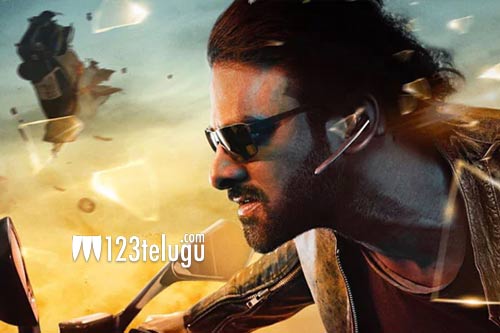 Prabhas’ fans across the globe are eagerly awaiting the arrival of Saaho. This high budget action thriller is slated to release on August 15. Expectations are sky-high among fans and trade circles since Saaho is the Young Rebel Star’s immediate release after the blockbuster movie franchise, Baahubali.

Saaho’s pre-release business is underway these days. Owing to the unprecedented craze, buyers from Andhra, Nizam and Ceded regions are said to be offering crazy amounts to the makers to snatch the distribution rights amid a huge competition.

This is a non-Baahubali record by miles, as all other Telugu biggies are sold for about Rs 85-95 crores in the domestic market and another additional Rs 15-20 crores in the overseas market.