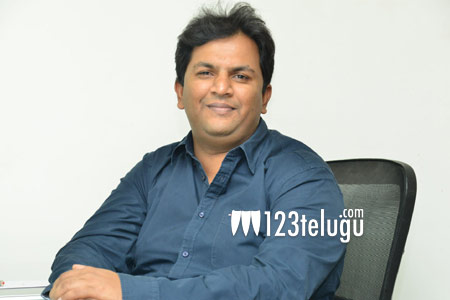 Bellamkonda Sai Srinivas and Pooja Hegde’s forthcoming socio-fantasy drama, Saakshyam, is all set to hit the screens on July 27th. This film’s theatrical trailer, which was released a few weeks back, caught audience’s attention and raised curiosity on the film.

Meanwhile, as part of the film’s promotions, producer Abhishek Nama interacted with media and revealed that Saakshyam has first of its kind storyline that is never seen on the Indian silver screen. He went on to reveal that Saakshyam’s story revolves around the five natural forces. When asked about the film’s production cost, Abhishek replied, “Yes, we have spent a bit more than the estimated budget, but everything was planned according to the script’s demand and not a penny went wasted unnecessarily.”

Saakshyam is directed by Sriwass . Bollywood distribution house Eros International will be releasing the film all over. Harshavardhan Rameshwar is the film’s music director.