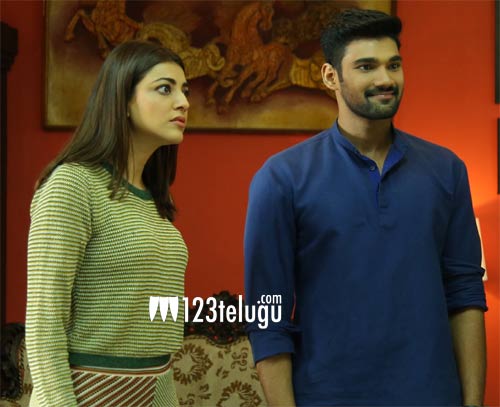 Young hero Bellamkonda Sai Sreenivas teamed up with star heroine Kajal Aggarwal for the second time with their upcoming film, Sita. This Teja directorial is slated for release on May 24. The film’s teaser and trailer have created a good buzz.

Sita’s promotions have begun recently and both Sai and Kajal will be going all out in the coming days to aggressively promote their second outing. Since their first film ‘Kavacham’ couldn’t set the cash registers ringing, the young stars are eyeing a solid hit with Sita.

Payal Rajput will be seen sizzling in a special song in Sita. Bollywood starlet Mannara Chopra also plays a key role in the film. After a long break, Sonu Sood is making a comeback in Tollywood with Sita. Anil Sunkara has bankrolled the movie under AK Entertainments banner. Anup Rubens has composed the soundtrack.