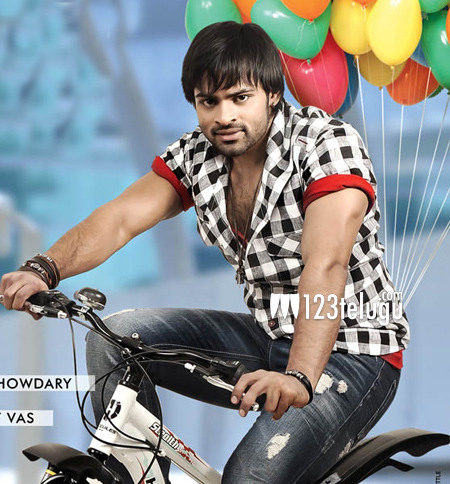 Sai Dharam Tej who is eagerly waiting for the release of his debut film “Rey” has mean while started working on his new untitled film. The movie was launched amidst the presence of entire mega family except Ram Charan. The regular shooting of the movie has started recently and is currently progressing in Hyderabad. As per the information we got till now one song has been shot which will come as an introduction song in the movie. Sai Dharam Teja has changed his look for the film.