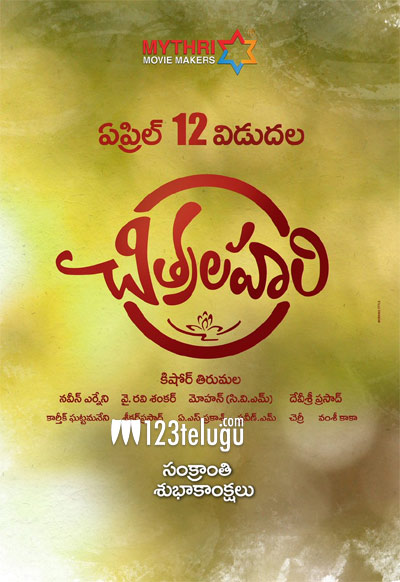 Sai Dharam Tej, who is going through a series of flops is now doing a film called Chitralahari. The latest we hear is that the makers have decided to release the film on the 12th of April.

The film is being directed by Kishore Tirumala and a chunk of the talkie part has been wrapped up already. Kalyani Priyadarshan and Nivetha Pethuraj play female leads in this romantic entertainer.

Devi Sri Prasad composes music for this film. Watch out for more updates on this project.