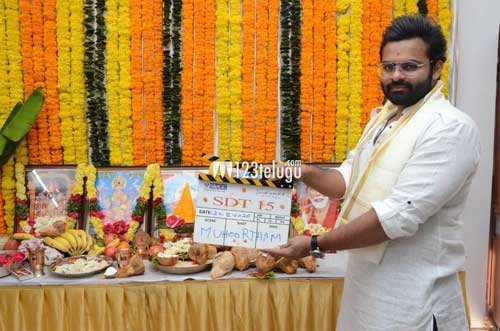 News regarding mega hero Sai Dharam Tej’s new film under Sukumar and BVSN Prasad’s production came out a couple of weeks ago. Meanwhile, the latest update is that this afternoon, the film’s formal launch happened at producer BVSN Prasad’s office.

While Sai Teja himself sounded the first clap, the first shot was canned formally. Debutant named Karthik Varma Dandu will be directing the film.

Said to be a period film, more details regarding the film are yet to be out.