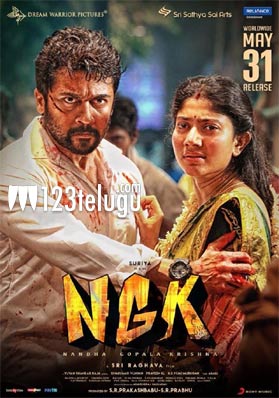 NGK is just days away from its release. The film is directed by Selvaraghavan and has a stellar star cast of Surya, Rakul Preet and Sai Pallavi play key roles.

Surya plays a politician and for him to take that plunge an issue with Sai Pallavi is said to be the main cause. She plays a small but crucial role in the film say sources.

The film is releasing in both Tamil and Telugu on the same day and we need to see if Surya impresses at least this time or not.