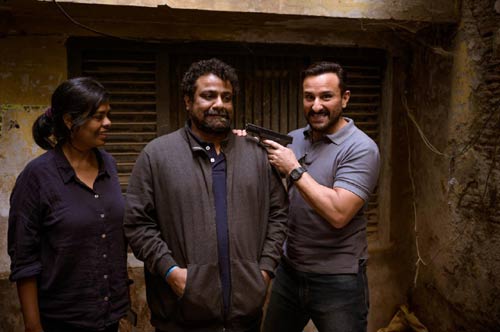 Everybody knows that Bollywood actors, Hrithik Roshan and Saif Ali Khan, are playing the lead characters in Vikram Vedha, a Hindi remake of 2017s Tamil hit movie of the same name.

Saif Ali Khan, who joined the second schedule in Lucknow, has warped up his shoot. He will join the next schedule soon.

Directed by Pushkar and Gayatri, who helmed the original, the neo-noir action thriller also has Radhika Apte in a prominent role.

Produced by Reliance Entertainment in collaboration with YNOT Studios and Friday Filmworks, the movie is gearing up for a release on September 30, 2022.