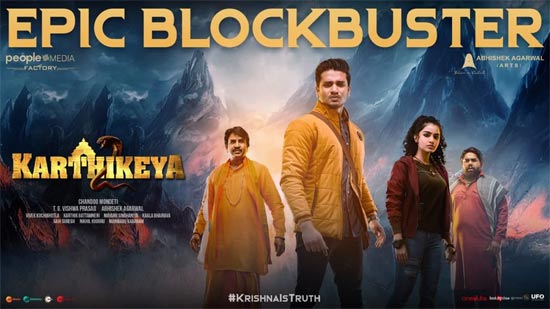 Karthikeya 2 is the latest Telugu movie that tasted blockbuster success. Released last Saturday, the movie has Nikhil Siddharth and Anupama Parameswaran as the lead pair. Chandoo Mondeti helmed the film.

Many celebrities heaped praise on the film and now, the pan-India actor Prabhas also joined the list. He took to his official Facebook and Instagram profiles and congratulated the team Karthikeya 2 for scoring a mega hit. In response, Nikhil said thanks and mentioned he and the team are overwhelmed with the Salaar actor’s message. 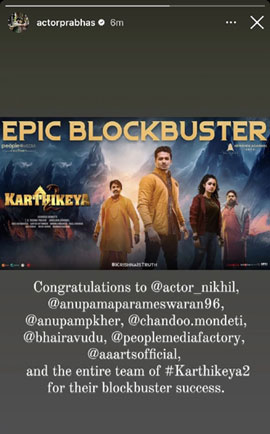 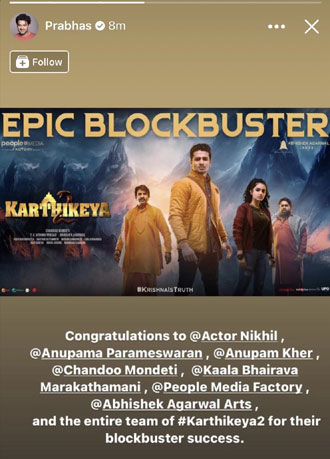