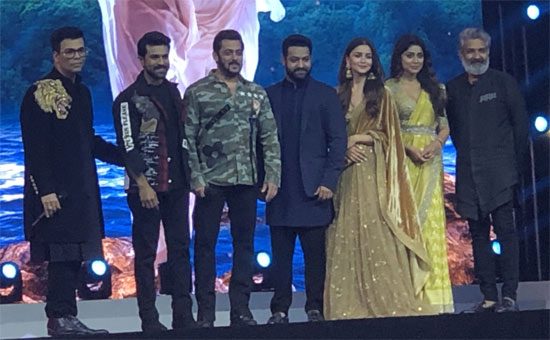 Speaking at the lavish pre-release event of RRR, Bollywood star Salman Khan, who attended the event as the chief guest spoke highly of Jr NTR and Ram Charan.

“I really love Jr NTR’s acting. He is a natural performer,” Salman Khan said while speaking at the event.

“Every time I meet Ram Charan, he has some injury or the other. He often gets injured while on the sets of his projects. Such is the hard work he puts in for his projects. He is a real hard worker,” Salman Khan said.

Salman added that it is not advisable for any Indian film to release at least 4 months post RRR’s release as such is the hype on the film.