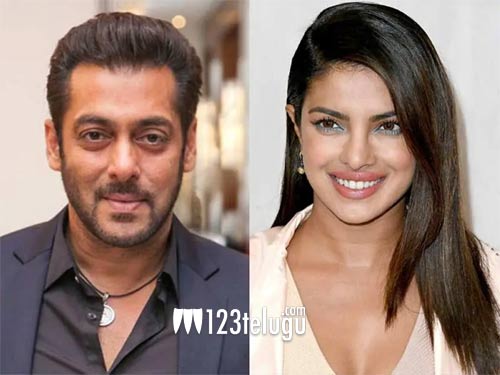 It looks like Salman Khan is no mood to get over the fact that Priyanka Chopra walked out of ‘Bharat’ just five days before it was supposed to go on floors. Soon, the makers roped in Katrina Kaif as a replacement, and Priyanka got married to Nick Jonas.

With Bharat slated for release on June 5, Salman Khan has been taking a dig at Priyanka in nearly every interview. In his most recent interview, Salman Khan said that Priyanka worked hard all her life, but she chose to go to US when she got the biggest film of there life. “Over Bharat, she chose USA in the ‘nick’ of time. She has worked all her life so hard and when she got the biggest film of her life, she dumped the film and got married. Hats off! Usually people leave the husbands for this,” he said.

Whether Priyanka made the right choice or not, only time will tell. For now, Salman Khan is wasting no opportunity to remind Priyanka what she has lost out on. However, the actress has maintained a dignified silence and not responded to Salman Khan’s taunts yet.