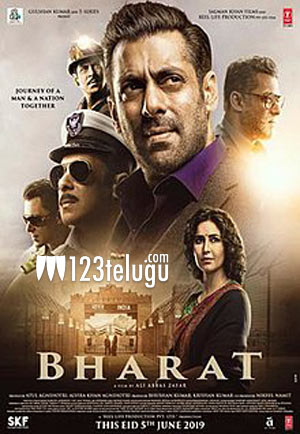 A lot was riding on Bollywood superstar Salman Khan’s high budget drama, Bharat. Bhai was seen in as many as six different avatars in the movie. The film also marks the coming together of Salman and his Tiger Zinda Hai actress Katrina and director Ali Abbas Zafar.

Bharat has had a grand worldwide release this morning, on the Eid festive day, the very auspicious day which has witnessed Salman churning out numerous blockbusters. Staying true to this sentiment. Bharat, like all other Salman’s previous Eid releases, has opened to positive talk.

While fans are elated to see Salman ruling the show with his emotionally striking performance in an author-backed role, critics have given a thumbs up for the movie, with the ratings ranging between 3 to 4.5 out of 5. Bharat is primarily aimed at family audiences. While a blockbuster is assured already, the film’s true box-office potential can be determined only by the end of this weekend.