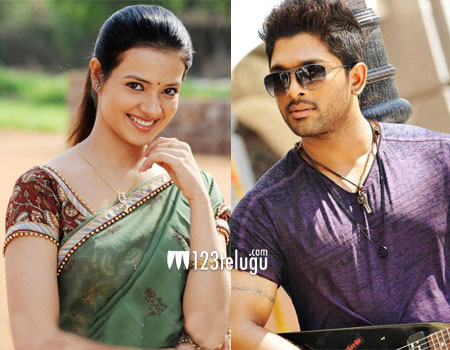 Actress Saloni, who was last seen in films like ‘Adhinayakudu’ and ‘Bodyguard’, is going to romance Stylish Star Allu Arjun pretty soon. The pretty actress is going to be seen in the film ‘Race Gurram’, as the second heroine. Shruti Haasan will be seen as the main heroine in this movie.

Saloni has very expressive eyes and she looks good in sarees. Apparently, these factors worked in her favour for this film. Surender Reddy is the director and Nallamalapu Bujji is the producer of this film.

‘Race Gurram’ is currently under production and it is expected to be a commercial entertainer. Thaman is scoring the music for this project.