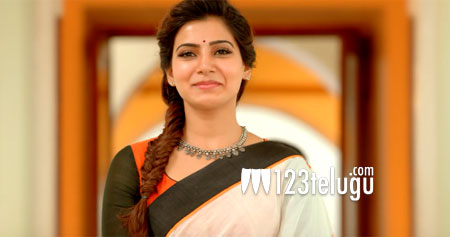 With only a day left for the release of Policeodu, the promotions of the film are on full swing. The film stars Samantha as one of the leads and her look in the film is said to be quite natural and Indian.

Reports reveal that she will be seen mostly in sarees and has been styled very effectively for her character. Superstar Vijay and Amy Jackson play other lead roles in this film which is directed by Atlee of Raja Rani fame.