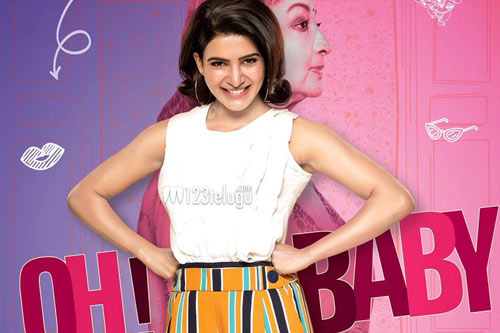 Samantha is betting big on her upcoming comedy drama, Oh! Baby. The film is the remake of a Korean film, Miss Granny, and the Telugu version has been directed by Nandini Reddy. The film has veteran actress, Lakshmi, exploring her younger self, and Samantha has played the role when Lakshmi is 20-something.

Talking about how she prepared for the role, Samantha said, “I grew up without grandparents. So my director took me to an old age home where I met the most wonderful people. Their stories stayed with me through the shooting of the film. They surprised me how childlike they were. I put all that my mind could absorb into ‘Bebakka’. Will watch the movie on the first day with them and hope that they approve of me,” Samantha said.