Samantha’s bold role in her maiden international film
Published on Nov 26, 2021 9:00 am IST 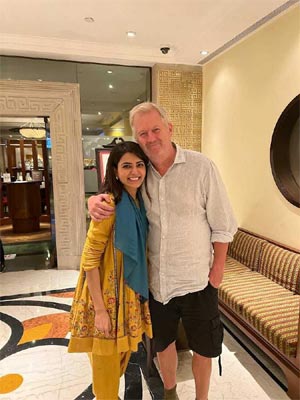 In yet another move to erase barriers and boundaries (quite literally), actress Samantha has signed her maiden international project. Interestingly, Sam will be seen in a bold role of a 27-year-old progressive bisexual woman in the movie. Titled ‘Arrangements of Love’, the film will be directed by Philip John, who had earlier directed ‘Downton Abbey’.

Arrangements of Love will be produced by Sunita Tati’s production house Guru Films, the banner that co-produced Samantha’s Oh Baby! More details about the film’s cast and crew members and shooting formalities will be out soon. Apart from this milestone project, Samantha also has a couple of movies in Tollywood and Kollywood and is also in talks for her Bollywood debut.