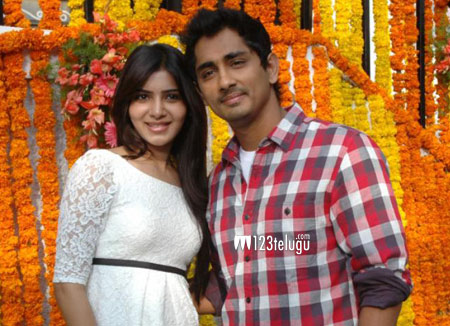 Almost everyone knows that there is something going on between Siddharth and Samantha. Now the glamorous young actress will be making a cameo appearance in Siddharth’s film titled, ahem, ‘Something Something’. This movie is being directed by Sundar C.

Samantha and Tollywood hunk Rana Daggubati will be seen in important cameos in the film. Hansika is the heroine and she will be seen as Siddharth’s romantic interest in this comedy entertainer. Brahmanandam will be seen in the role of a Love Guru.

The film is all set for its release this Friday. Will Samantha’s cameo turn around Siddharth’s fortunes? Let us hope for the best.