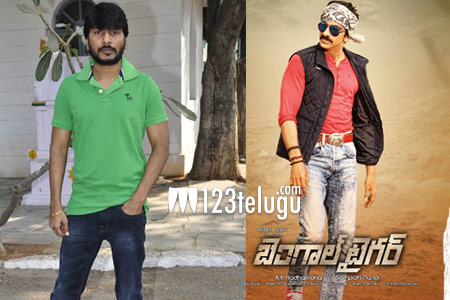 Ravi Teja’s upcoming film, Bengal Tiger is getting ready to hit the screens on the 10th of December. This action entertainer is quite key for both Ravi Teja and director Sampath Nandi as they are going through a low phase in their careers.

Speaking about the film, a super confident Sampath Nandi said that Bengal Tiger will be a huge hit and collect decent revenue at the box office. The post production formalities have been wrapped up and currently, the promotions are on a full swing.

Bheems Cecireleo is the music director where as Rashi Khanna and Tamannaah are the female leads. KK Radha Mohan is producing the film on Sri Satya Sai Arts.