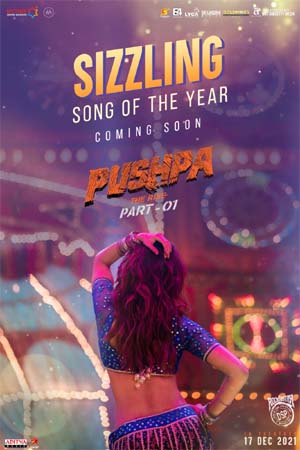 It is a known fact that Samantha is doing a special song in Allu Arjun’s Pushpa. The makers also started filming the song yesterday in RFC.

Today, the makers revealed a small glimpse of Samantha with her costume. Though she is not showing her face, Sam looks shining in colorful costumes and gives an idea of how the song is going to be.

Hindi choreographer, Ganesh Acharya is composing the song on Ram Charan and Samantha as of now in a specially erected set/

This song is going to be a special attraction in the film. Pushpa part one will be out on the 17th of December in a big way.