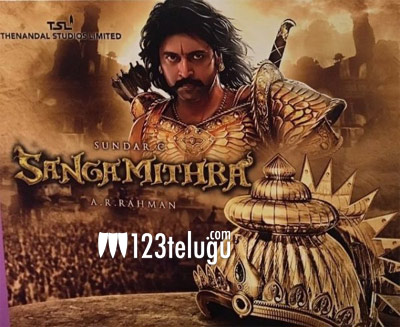 It is already a known fact that the pre-production of the Tamil biggie, Sangamithra is going on in full swing in Chennai. The big budget film which has created a lot of news will now kick-start its shoot from the 11th of April which also happens to be the Tamil New Year.

Disha Patani is playing the titular role whereas star heroes, Jayam Ravi and Arya will be seen as the main leads. Director Sundar C is the man behind this film which will be made on a budget of over 200 crores.

Some known artists will be doing crucial roles in this film which will have music by A R Rahman.