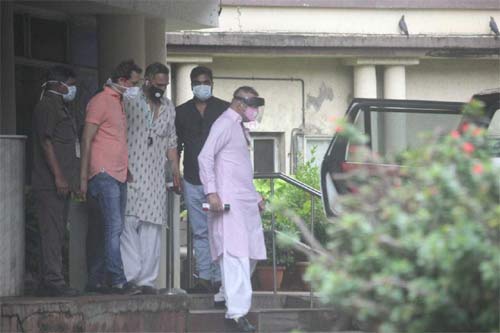 Fans of Bollywood star Sanjay Dutt have been deeply worried when reports of the actor being diagnosed with Stage 3 Lung Cancer made headlines last week. Sanjay has taken a break from work and he will soon be flying to the US for better medical treatment.

Meanwhile, Sanjay was spotted at the Lilavati Hospital in Mumbai on Saturday and Sunday. However, there’s nothing to worry and the 61-year-old actor visited the hospital only for a general check-up. Sanjay’s sister Priya Dutt accompanied him during his visit.

Sanjay’s upcoming film, Sadak 2, will be premiered on Disney Hotstar on August 28. There is still no clarity on when he will commence shooting for KGF Chapter 2.