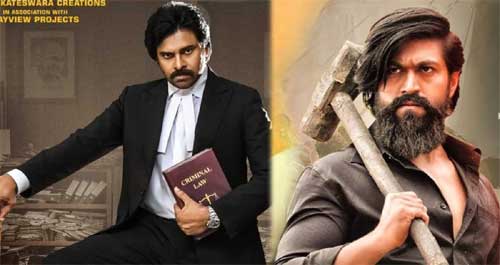 We had already reported that films like Vakeel Saab and KGF 2 are almost confirmed for the Sankranthi 2021 race in January next year. There will be some other films which will also come out but these two films are the biggies and much-awaited.

Pawan Kalyan is making a comeback after a long time with Vakeel Saab and KGF 2 is one of the massiest films in the country as of now. So, fans will be super excited to watch both films.

But as there will be multiple films, the fight for theatre allocation is going to be huge. Makers of both these films would want their films to have solid releases in Telugu states.

Dil Raju is the producer of Vakeel Saab and he has a solid grip on the theatre allocation in Telugu states. But the makers of KGF 2 and the ones who will release the film in Telugu will also use their power and money to get more theatres.

The talk now is that the fight for who will get more theatres has started in both the camps as of now. So, who will win this fight needs to be seen in the days to come.