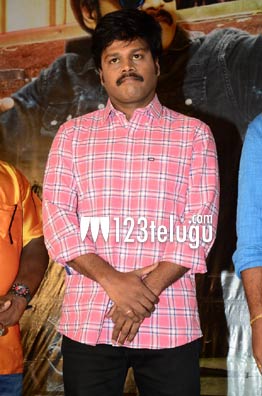 Saptagiri was a star comedian before he turned hero. None of his films as a hero turned out to be a hit but he is still doing films back to back as the solo lead.

Now, he is ready with a film called Vajra Kavachadara Govinda which will hit the screens this 14th of June. Speaking at the press meet, Saptagiri said that the film has come out quite well and has a lot of twists and turns which will surprise the audience and make the film a good hit.

The film is being directed by Sapthagiri Express director Arun Pawar and Vaibhavi Joshi is the leading lady in the film.