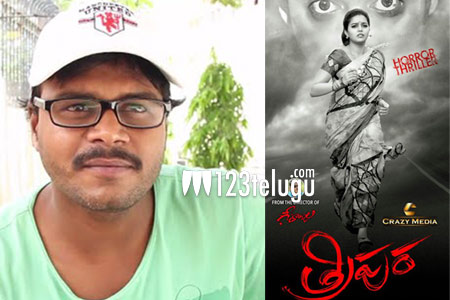 Comedian Sapthagiri carved out a niche for himself in Tollywood with his hilarious punch dialogues in many of the recent films. He is the most in-demand comedian of the current generation.

For the first time in his career, he played a full length entertaining character in Swathi’s upcoming bilingual film Tripura. Close sources to the unit revealed that his character will be one of the major highlights in the film. The unit is confident that Sapthagiri’s antics will go well with the audience .

Directed by Raj Kiran, the film has Naveen Chandra in an important role. A.Chinababu and M.Rajasekhar of Crazy Movies banner are the producers and they are planning to release the film in October.