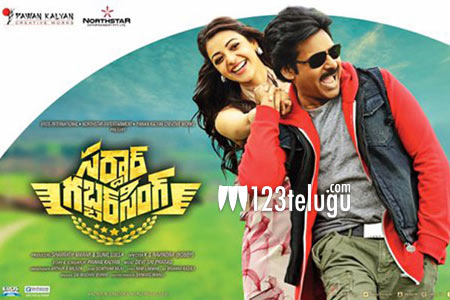 Power Star Pawan Kalyan’s much awaited Sardaar Gabbar Singh opened on Ugadi to a rocking start at box-offices worldwide. The film, even though received mixed reviews and average word of mouth, is witnessing record breaking opening day numbers in several areas. Already, Sardaar overtook Srimanthudu’s premiere gross record and stood next to Baahubali in the US.

Now, at the end of its opening day, Sardaar even toppled a handful of opening day records held by Baahubali in several areas. East Godavari, Krishna, Kakinada, Amalapuram, Anantapur, Nandyal, Kavali, Narasaraopet etc are some of the centres where Sardaar has surpassed Baahubali’s record with a comfortable margin.

Trade analysts are predicting that Sardaar is all set to smash several opening weekend records, apart from recovering a huge chunk of its investments thanks to the long holiday advantage. Keep watching this space for more regular updates on Sardaar’s box-office storm.