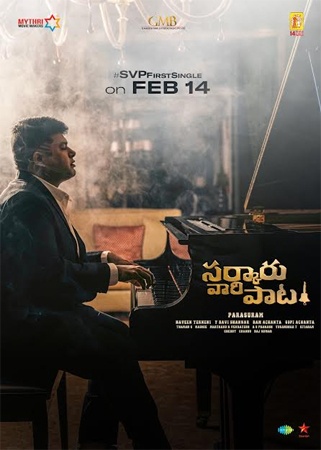 The much-awaited update on Sarkaru Vaari Paata is here. As we informed earlier, the first song from Mahesh Babu’s upcoming film is going to be released on Valentine’s Day.

The makers have officially released a poster to confirm the same. Fans of the Superstar are on cloud 9 with this crazy update.

Composed by the most happening music director, Thaman S, the song is billed to be a soothing melody and the details regarding the singers are yet to be known.

Produced by Mythri Movie Makers, GMB Entertainment and 14 Reels Plus, the movie, which is being directed by Parasuram Petla, has Keerthy Suresh as the leading lady.