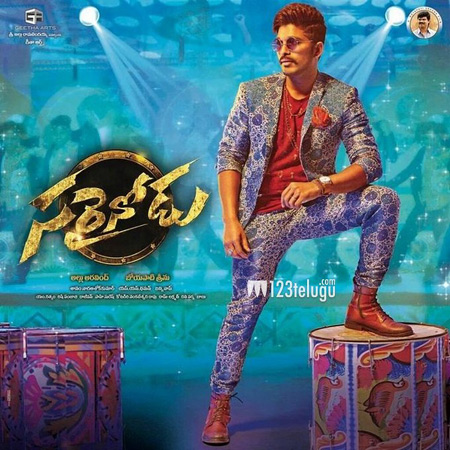 Irrespective of the mixed talk the film received, Sarrainodu has been going great guns at the box office. The film which released on Friday passed the Monday test with flying colours.

Both the single screens and multiplexes saw 90% occupancy as the film collected decent figures on a working day as well. The unit celebrated the success of the film yesterday night and speaking at the occasion, director Boyapati said that the common audience has loved the film and that is what matters.

Allu Arjun’s mass appeal and some high octane mass elements has helped the film big time. It will be really interesting to see how the film fares from today onwards. Allu Aravind produced the film on his Geetha Arts banner.