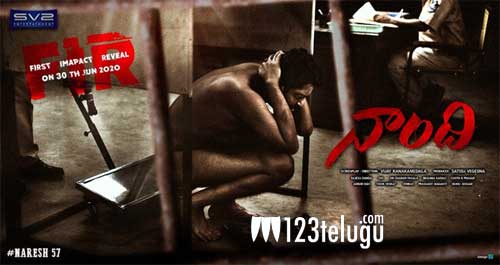 Naandhi is a film that many are eagerly looking forward to. The film marks Naresh’s 57th project and the teaser created a good buzz for the film as it has Allari Naresh in a never before seen role.

The film completed 80% of its shoot before the lockdown and a few days back, the shoots resumed at Aluminium factory. But there was news that the shooting has been stopped as some crew members got infected with Corona.

But the makers, Satish Vegesna has slammed all rumors and said that the shoot was halted only because of the heavy rain and nothing else. Debutant Vijay Kanakamedala is directing the film which also has Varalaxmi Sarathkumar in a key role in the movie.