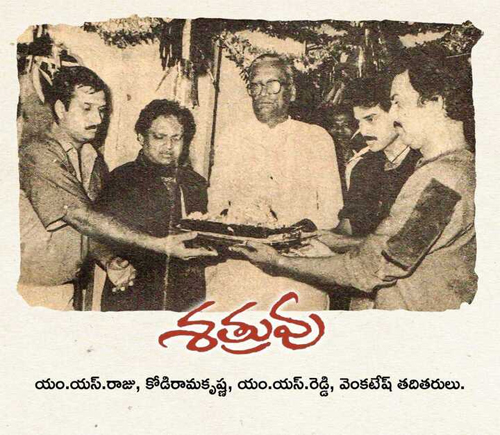 Venkatesh is one of the top stars in the industry and has done some memorable films in his career. One of them is a film called Satruvu which was directed by Kodi Rama Krishna.

This film marked the debut of Sumanth Art Productions banner into films. The film has now completed 31 years and today, producer MS Raju posted an emotions tweet thanking his team.

Seen here in the above picture from the left is MS Raju, Kodi Rama Krishna, veteran producer MS Reddy, and Venkatesh during the launch of the film. Vijaya Shanti played the female lead and Kota Srinivasa Rao was the villain and became a top actor post this film.