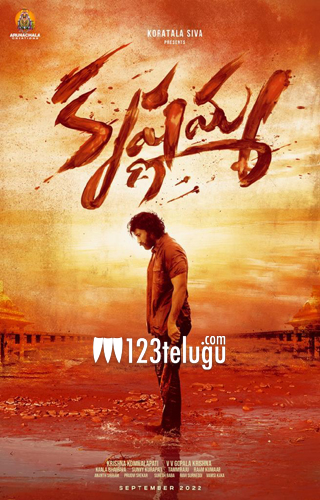 Young and promising actor Satya Dev, who was last seen in Godse, is coming up with another movie soon. The title and poster of his new film has been released by the makers today.

Titled Krishnamma, the movie’s poster looks intense. Satya Dev holds a knife near a river and the reddish poster and the title design give us the hint that the film is an action drama.

The film is being presented by the Acharya director Koratala Siva. Produced by Krishna Kommalapati under the Arunachala Creations banner, the movie will be released in September 2022. Kaala Bhairava provided the music for this movie, which is currently in the post-production phase.